New York Times Bestselling author Judy L. Mandel seeks to understand the nature of addiction while she struggles to save her beloved niece and to fulfill the deathbed promise to her sister. When she finds Cheryl in jail, she hopes and prays this is a second chance for her sensitive, funny, bookworm niece.

White Flag uses this personal story, juxtaposed with intensive research into addiction, epigenetics, transgenerational trauma and brain chemistry to bring a unique understanding of the opioid epidemic. It follows Cheryl’s path as Big Pharma floods communities with opioids, as effective rehabilitation is scarce, and as the prison system fails her. 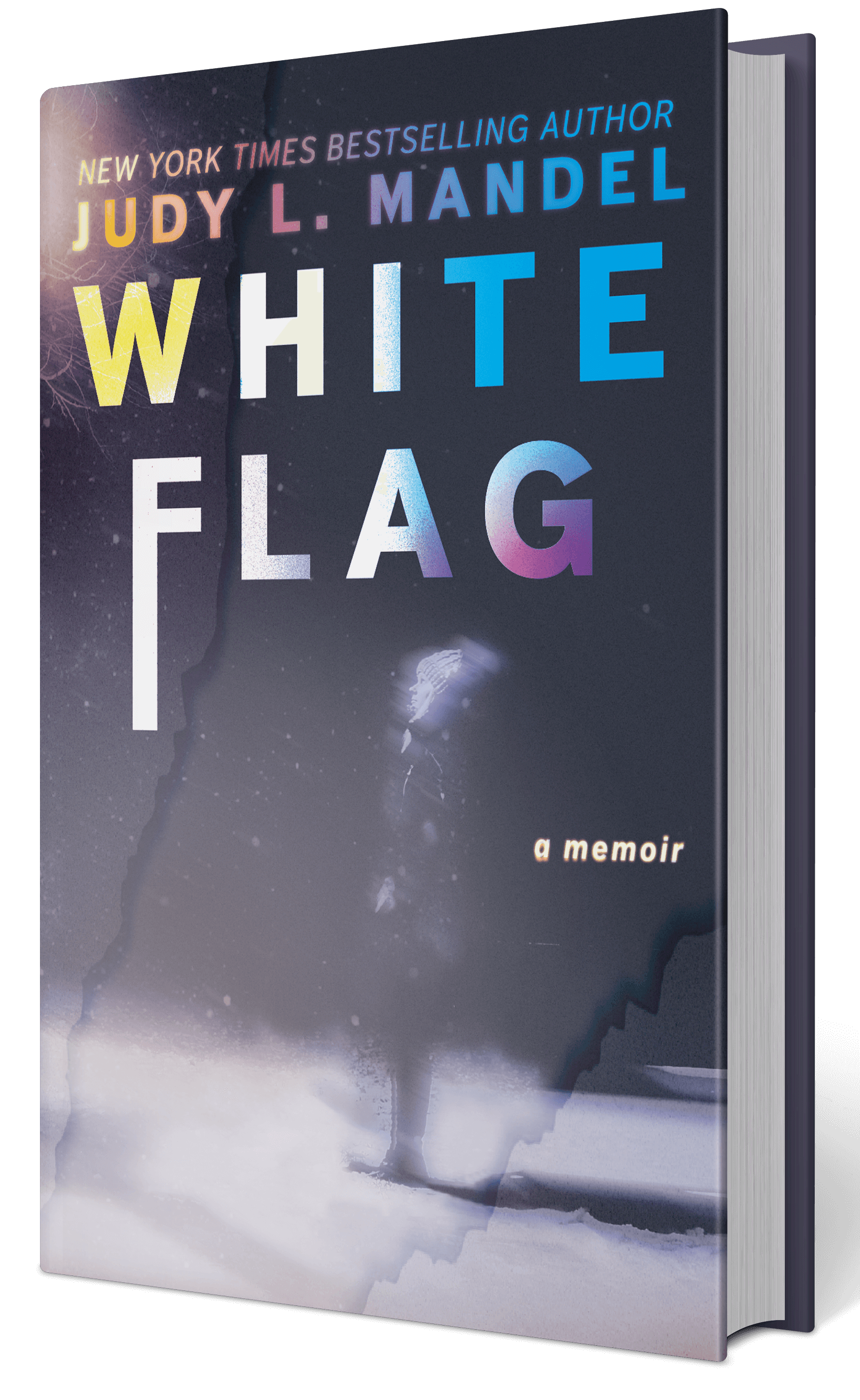 *Signed author copies are available by request in the comments section of the pre-order from River Bend Bookshop.

“We rarely know the deeper ramifications of tragedy through people’s lives. Judy L. Mandel’s book White Flag shows us the true story of how the same tragedy I drew from for In the Unlikely Event spiraled through her family, giving a glimpse of the way trauma can be felt for generations.”
Judy Blume

“Judy Mandel’s new memoir, WHITE FLAG, is both harrowing and heartbreaking.  It’s also strangely timely. Though deeply personal and intimate, the book asks us all to consider our own agency - and lack thereof - when things go terribly wrong.”
Richard Russo
Pulitzer Prize-winning writer of fiction, essays and screenplays. His most recent novel is Chances Are . . . .

“Judy Mandel’s second memoir, White Flag, plumbs the depths of the original generational trauma that affected not only Judy’s parents, but their children and grand-children. While the book focuses primarily on Judy’s own journey in trying to help her drug-addicted homeless niece, it also explores the larger issue of how psychiatric help is practically non-existent for the constantly growing number of homeless people in the United States. Quotes from recent studies of trauma-related addiction greatly enlarge the scope of the memoir, as does Judy’s own personal journey through the red tape associated with navigating the bureaucracy. I have not read a memoir that so carefully and personally explores the difficulties associated with trying to help an addict find the proper treatment, when insurmountable obstacles — including the addict’s and the writer’s own denial — bar the way to peace and recovery. An extremely important and timely book that is a lifeline thrown out into the cold and unforgiving ocean that is our present time.”
Kaylie Jones
award-winning author of A Soldier’s Daughter Never Cries, Lies My Mother Never Told Me and more.

“White Flag is a unique blend of an emotional, scientific, psychological and historical journey to understanding substance use disorder as Mandel seeks the reasons for her niece’s addiction. There is solace in this understanding, and healing in seeing the limits of our own power over another—even those closest to us.”
Maureen Cavanagh
author of If You Love Me – a mother’s journey through her daughter’s opioid addiction

“Judy Mandel tells a most moving story of her niece’s descent into drug addiction and the author’s efforts to try to rescue her. This book opens our eyes and hearts: the suffering from trauma can be transmitted from one generation to the next. The author offers a loving testimony to her family’s losses, to our human succumbing to suffering, but also to our capacity for transcending tragedy by remembering and ultimately by surrendering ourselves to the life source.”
Kristina Schellinski, M.A.
Psychoanalyst and Teaching Supervisor with the C.G. Jung Institute Zürich, Küsnacht, and International School of Analytical Psychology, Zürich, Switzerland. She is the author of Individuation for Adult Replacement Children: Ways of Coming into Being. 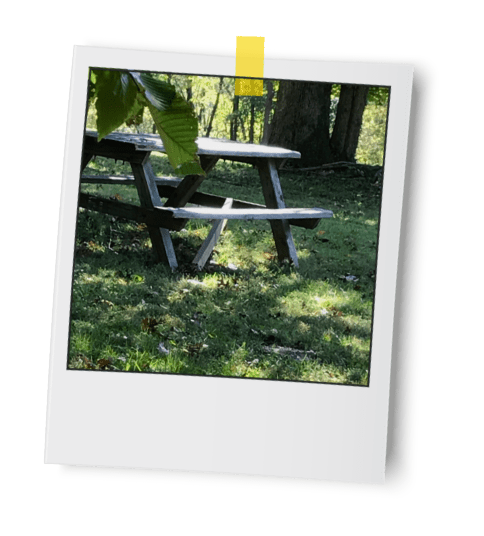 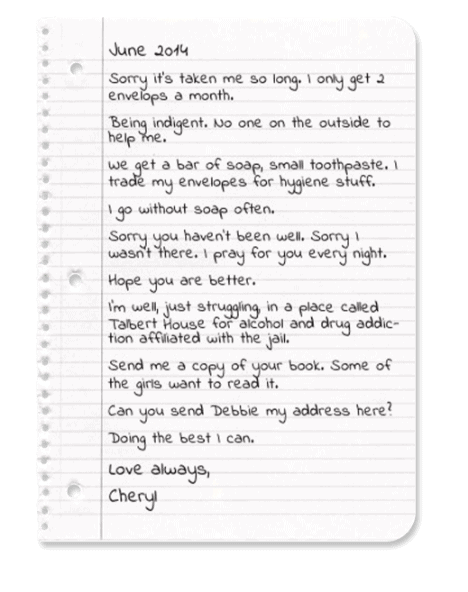 Iam certain the photo on my computer screen is Cheryl, my sister Linda’s daughter. In some ways she looks the same. Her mother’s eyes, her father’s full round face, her thick hair like mine. But her eyes are empty, unfamiliar. What do I expect from a police mug shot? The important thing, I tell myself, is that I’ve found her. Even if she doesn’t know she’s been found, surely she knows she’s lost.

My sister’s birthdate popped up in my Google calendar this morning, though she’s been dead for five years, and I felt compelled to look again for Cheryl. I almost wrote, Linda made me look.

What exactly am I trying to do? Locate a better future? Heal the past? Or am I just trying to keep my last promise to my sister to keep her daughters safe? When I type in Cheryl’s name, I have three other windows open: Facebook, a travel site, and a search for Hillary Clinton’s new book. It occurs to me that these threads of my online life—where I search, with whom I engage— form a kind of fabric of my unfolding story. On this warm June day, I stare out my window to watch neighbors walking dogs and babies in strollers.

For the last two years I’ve imagined Cheryl living on the streets—or dead. Shocking though this mugshot from an Ohio jail may be, I’m terribly relieved. Also overwhelmed by how much I love her. Whatever trouble she is in, she is still mine.

Cheryl has been lost, found, and re-lost many times. When she was using, she removed herself from the family. Once, when I found her in a motel, her mother frantic to find her, she yelled, “I don’t want you to see me like this,” and slammed the door in my face. At times she returned to our lives, only to disappear suddenly, usually taking money or jewelry. Understandably, many people judge addicts as unworthy of our help.

Remembering how Cheryl helped her mother and grandparents when they needed her, how she doted on a collection of dogs and cats, I hold on to my belief that she is compassionate and caring at her core. She’s funny and open and loving—the girl I miss.

Now, Cheryl’s dark eyes stare at me from my computer, calling me to take some kind of action. Because there is no one else. Her mother is dead, her father has mostly given up on her, and her younger sister, Debbie, has her own problems right now. For a long while, I was afraid to find her. I tend to look away from things I don’t want to see.

The caption under her photo posts the date she was incarcerated, her age at 40, and the charges:
Possession of a controlled substance (heroin); false identification; escape; loitering with intent of prostitution.

A vision of Cheryl at age seven in pigtails, wearing her red jumper is suddenly in my head.

I slap my laptop shut.

When I re-open it, she’s still there, pleading.

I address an email to the Ohio prison.